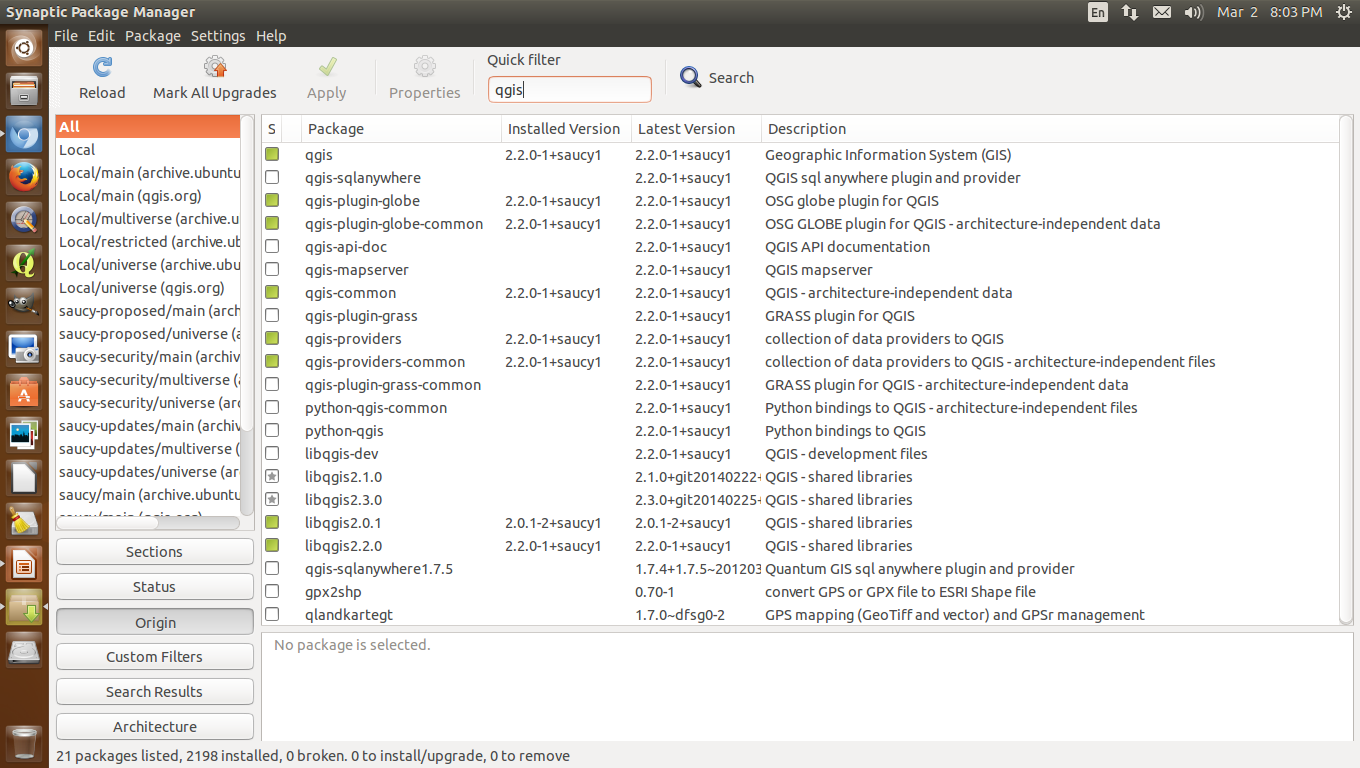 
A few days ago, Ubuntu's Update Manager showed there were a number of QGIS files to be downloaded but I could not do it because they came from an unauthenticated source. Rats! So I tried to update Ubuntu's patch files via the terminal but there was still no changes insofar as QGIS patch files were concerned. Lastly, I decided to go back to my previous lover, the Synaptic Package Manager which I left behind some time ago when the sexy Update Manager came along into the scene. She responded as reliable as always cutting away the red tapes, downloading and installing all those patch files the Update Manager would not. My dearest, Synapatic Package Manager...I have been a bad boy, where in the world would I be without you?
Posted by badaveil at 12:00 am