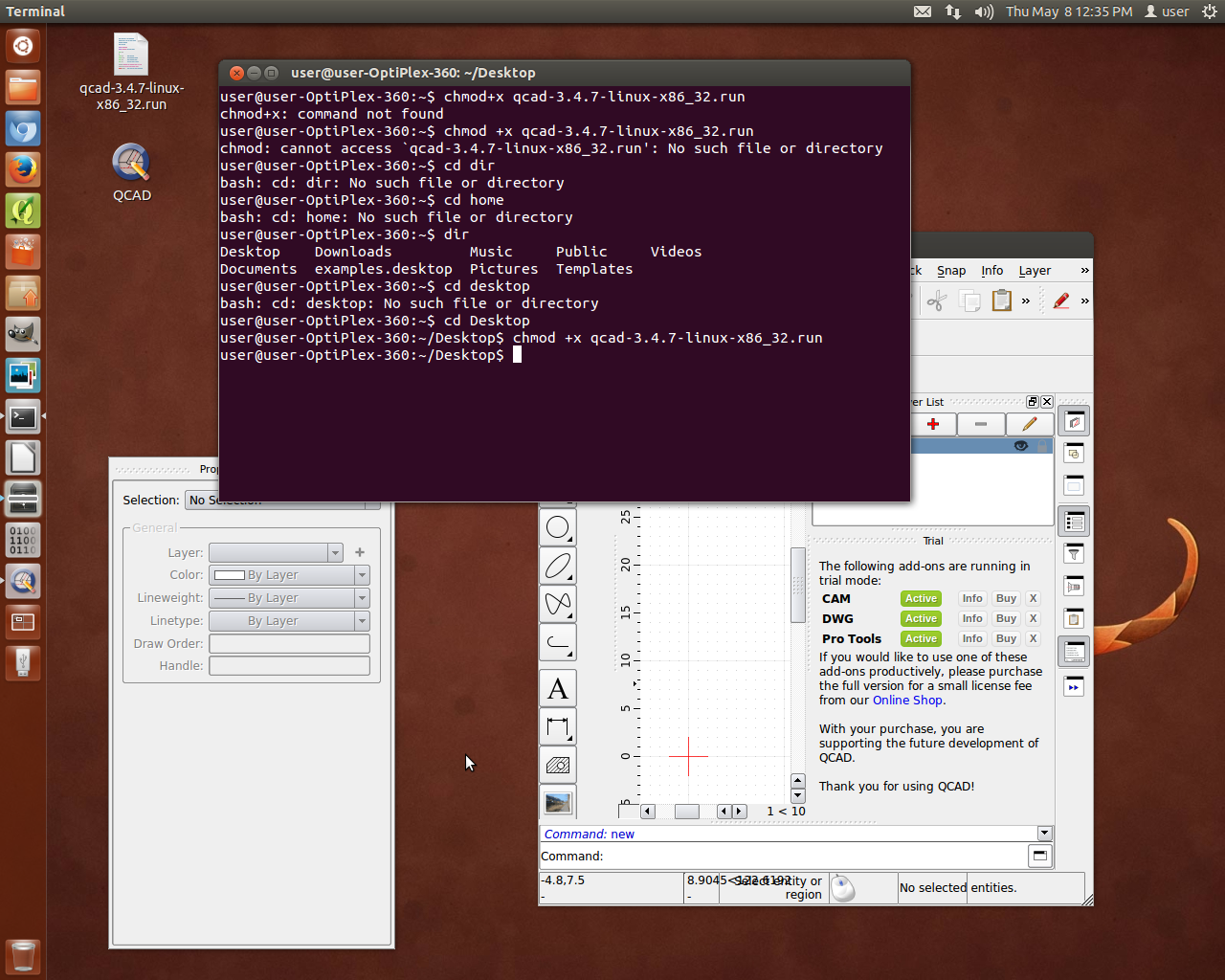 
There maybe times when one needs to activate a .dwg file that will later be converted into a .dxf file and used eventually as a .shp file in QGIS. Installing the .exe file for Windows was simple but if you are a pro -Ubuntu user like me, what do you do? At the QCAD website, the relevant file was downloaded as a .run file where I placed mine in the desktop. Then I had to opened the terminal to change the directory because I had saved the .run file in the desktop. Next, I ran the chmod script as in the image above, entered but nothing came yet when I double-clicked the .run icon on the desktop, steps to install the file appeared. I followed and QCAD was successfully installed. It is really simple....if you how how?
Posted by badaveil at 12:00 am 2 comments: