How to get help on QGIS fast when there's no one around to help?

I believe like so many of us, this is a common problem among first time QGIS users, that is, getting help on QGIS yet having no one reliable around who can help give advise and direction. Well, then do what I did when I first started to get to know QGIS... help is in actually in front of you if you are sitting in front of an internet computer. (Nowadays, this situation also covers smartphone users). I found that Google's search engine is the most reliable "friend" to guide me in this quest for knowledge. I also I found out from my many training class on QGIS that many people do not actually know how to use an internet search engine intelligently. The trick is actually to enter key words related to one's query but even if you don't even know what that is, type in the Google search engine box a proper question like "What is so and so?" Even the query type: What, When, Where, Who or How helps to further filter the query specifically and that helps to get better results. You can see in the first image, even I was too lazy to type a proper question but because it had key words, that helped a lot. In the second image, someone actually made my life easy and even asked my query as a proper question. Because 2 options were given, I went on further to click on other sites to get more information. Now, it's time for me to read on and see if I can get what I wanted. Wish me luck.

Once in a while, I become a busybody and have a peep to see what's new under the Plugins section. WALLA! I noticed a Google's Map street view plugin is available. I don't know how long it existed but I decided to give it a try. As usual, that Go2 streetview plugin needs to be installed. Then, I activated Google Hybrid next decided to activate the existing landuse map, as in this case, for Kubang Pasu district in Kedah. After activating Go2streetview under the Menu bar, I clicked on an existing road because that's the way Google Streetview works where hopefully that road has been surveyed by Google's street view team (I went over to Mauritius and although that country is developed, sadly, the streets have not been surveyed by Google's Streetview team) and a License agreement box popped out. I tried just clicking the first box but the module didn't work so I guess they wanted me to click the second box too. OK!OK! Let's not be too fussy and so I did then immediately a panaromic view angle appeared, by default pointing northwards and the street view could be seen in the box on the left. To see the other views, I rotated the cardinal point knob. All this while, I was surprised that the view angle point could connect with the Google Hybrid map underneath the existing landuse map, I didn't expect that. Cool! Some extras include viewing under Bing browser, taking a snapshot and putting up some comments, if needed. I think this is an excellent tool for comparing and monitoring between Google's maps and a preferred map be it a zoning map or in my case, an existing landuse map. I checked the visibility of the Streetview module and it is so sharp, I am so embarassed to show where my house is because you can even see the cracked tarmac road in front of my gate. I can imagine it is a a great help should the weather rains or in some countries, snows or it's too cold to go outside and one wants to check an unfamiliar site. This tool will surely help cut down petrol bills which is also good for the environment too. Because of that, I got to hand it and take my hat off to the QGIS team that took time and effort to develop this plugin. Simple things mean a lot. It gets my 5***** rating.
Posted by badaveil at 12:00 am No comments: 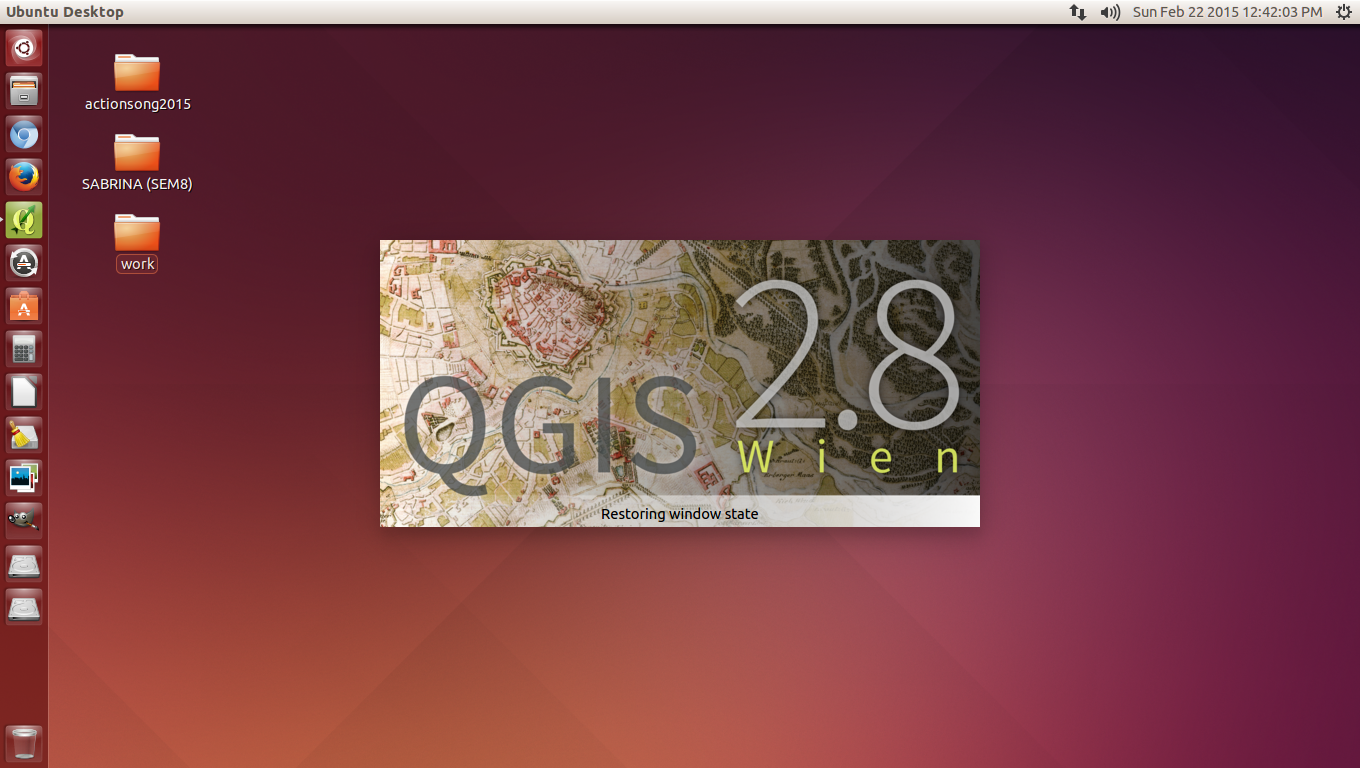 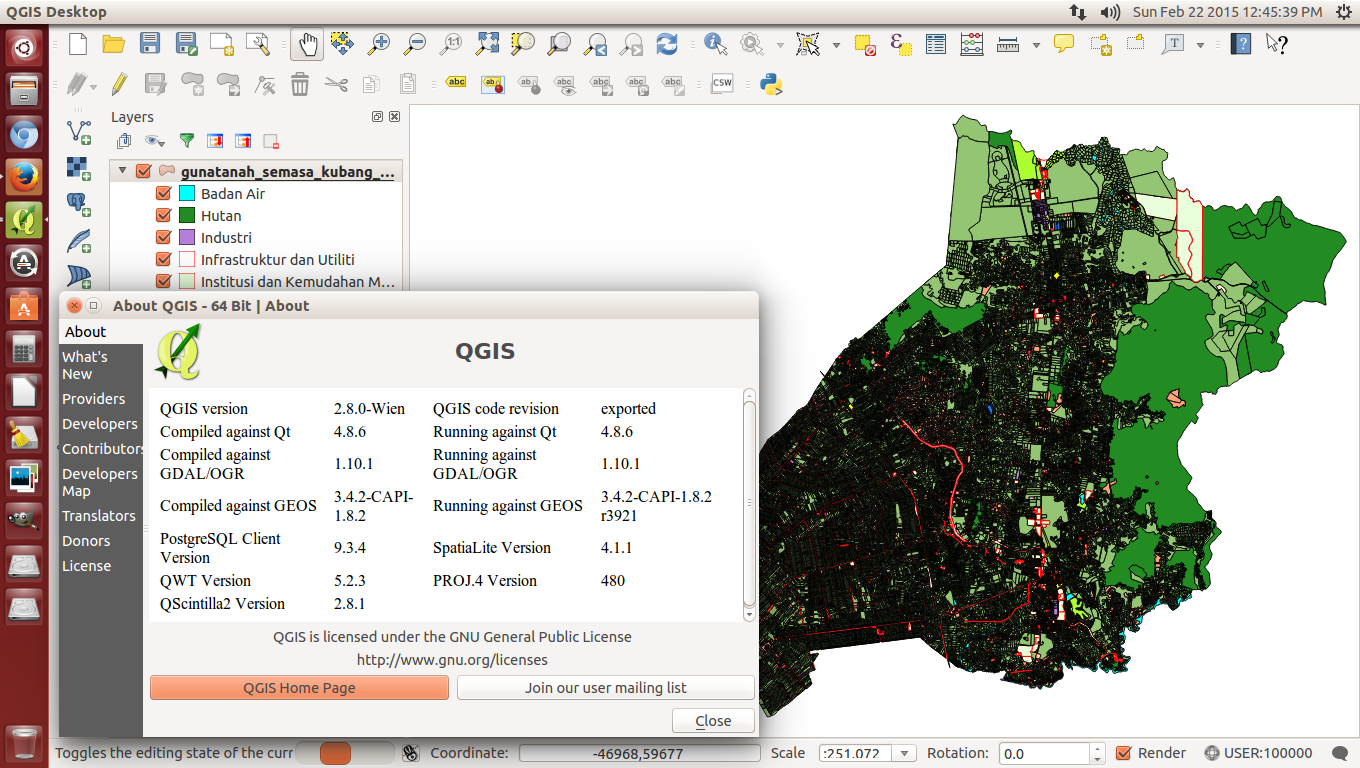 Today, just came back from Sunday's grocery, I noticed there was a QGIS update. This rarely happens so it caught my eye so upon download and installation, Walla! I get a Ubuntu QGIS Ver. 2.8. First thing I did was test it and it successfully opened a recent I-PLAN landuse map with an update .qml file that compliments I-PLAN's revised landuse colour code...and it works . Yeaaaah.
Posted by badaveil at 12:00 am 1 comment: