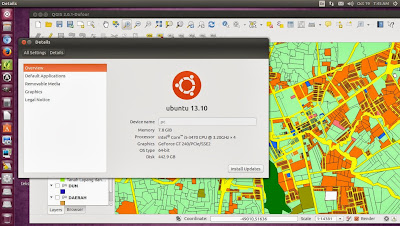 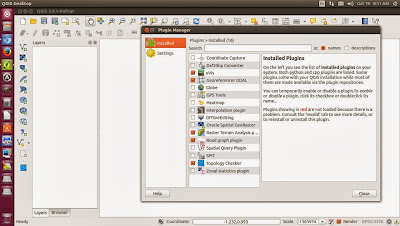 Yesterday, I anxiously and successfully upgraded my Ubuntu from Ubuntu 13.04 to Ubuntu 13.10 live via the Internet. I was expecting some hiccups if the Internet line was not clean where in such cases, it is wiser to download the ISO file then burn an installation CD/DVD. It did not work perfectly then when I tried to upgrade to Ubuntu 13.04 via the Internet and my Ubuntu 13.04 was installed using an installation DVD but not this time. Today, I did some update, yes, there were some but very little and everything went well so I gave QGIS Dufour a start followed by activating a vector landuse layer and adding the planning colours using my custom template. It did so beautifully meaning Ubuntu 13.10 and QGIS Dufour are both compatible....to me at least.  Having said that, at this point of time, there are only 16 default plugins but I would expect the number to increase as time goes by. So if there are some plugins not available which you are dependent upon such as Google Maps then you have to be a little patient for the developers to catch up and make them compatible and from experience, they usually do Best of luck for you QGIS-Ubuntuians!
Posted by badaveil at 12:00 am 2 comments: 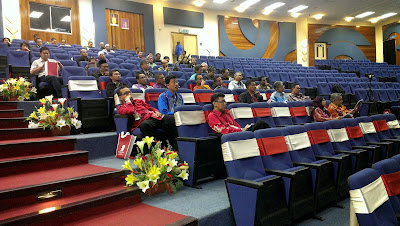 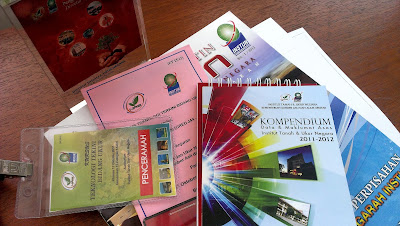 
Yesterday, I was invited and gave an hour's talk on Open Source GIS with QGIS being the reference tool but of course! It was held at the Survey Department's training institue in Tanjung Malim "where the deers and the antelopes roam" (Sorry I got carried away with a song). Actually to the locals, it is located in such a then forsaken place that only jinns can be found. Well I think I did a good presentation and as usual often got side track and was advised by the Secretariat to move on and not hog the limelight :-D Senior members there asked why I did not promote it with MaCGDI, the government agency that champions GIS and geospatial data which I said I already did last year so the ball is in their corner.
Posted by badaveil at 12:00 am No comments: 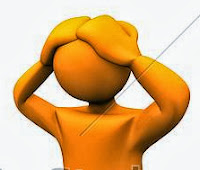 I must have deleted a certain folder at my Picasa albums where Google collaborates and stores all my web photos. Not only have all the images in this blog vanished into thin cyber air but also my other blogs. This is one of the most serious blunders I've made. Oh me oh my ! Thankfully I've not depended solely on my Picasa photos and have the originals in the computer but it will takes time to update.
Posted by badaveil at 7:45 am No comments: