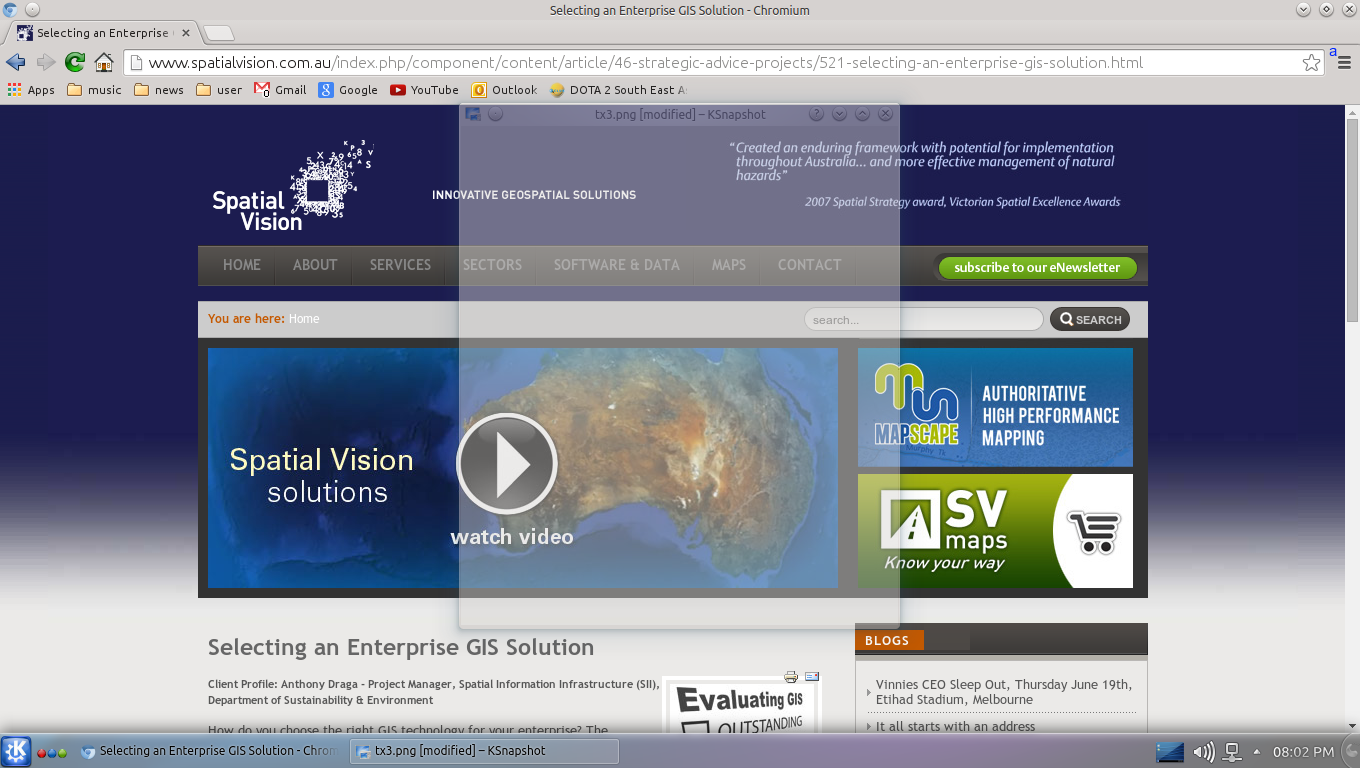 Surfing the internet, something caught my eye. It was an article about Selecting an Enterprise GIS Solution but to me it was simply gvSIG vs. QGIS. I always then needed this sort of comparative analysis from big time GIS people who were also well verse with ESRI products and could serve as a valuable second opinion after all, this chap Abbas doesn't really know what's he's talking does he, when he talks  about QGIS, after all, his first degree is not from Geomatics. This is the reality I have to put up with but I knew after toying around with it in its early days, QGIS is the way to go and I know I am right. Well, I'll let this article do the talking.
Posted by badaveil at 12:00 am No comments: 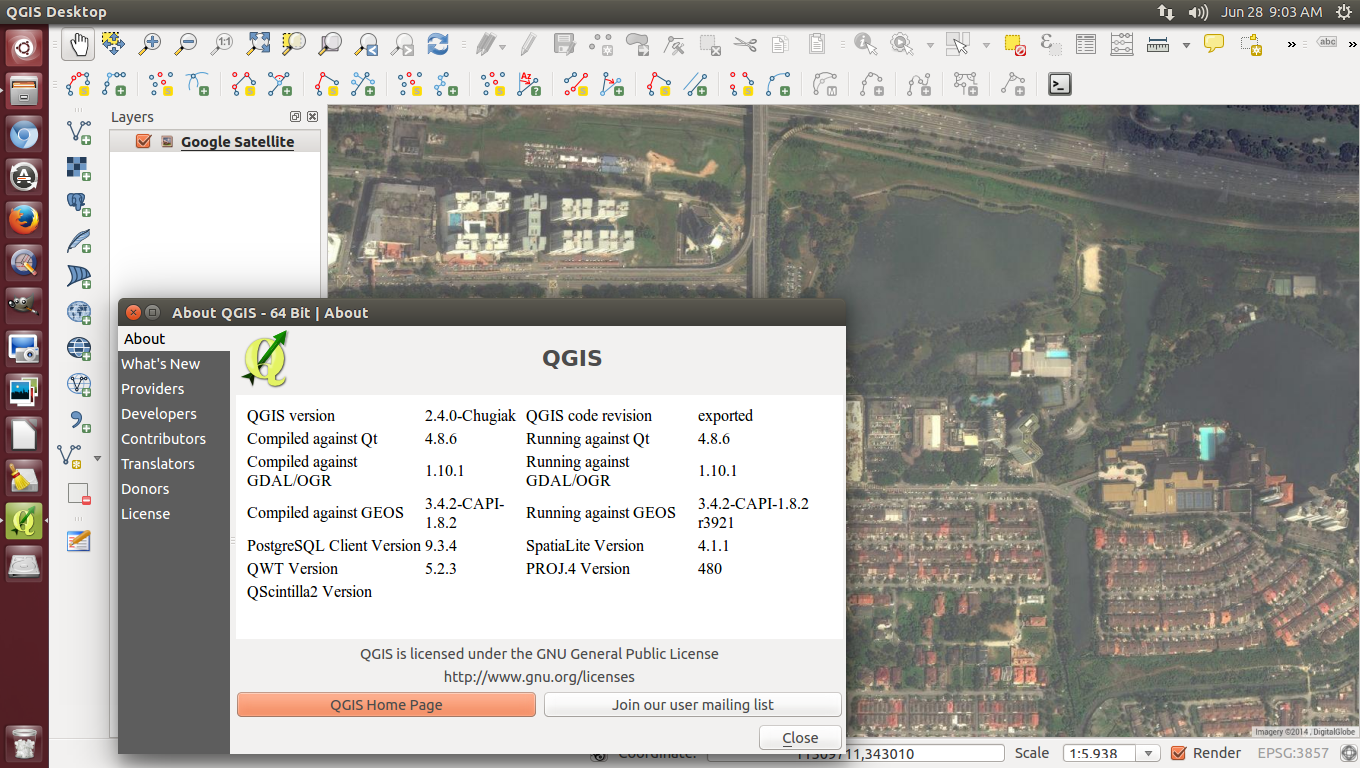 Every morning, I would as usual select Ubuntu's Software Updater and give it a run for its "money" then I noticed during the downloading process, most of the files were related to QGIS. The system auto-installed after which I noticed my QGIS icon disappeared. I went to create a new one and Hey Presto I see we have got a new version of QGIS called Chugiak which is a place up in Alaska. That rings a bell because if I am not mistaken, Gary Sherman resides in Alaska, the details of which I do not know. This is the weekend and I have so many domestic chores to do so for the time being, this is the latest news direct from my oven. I did however immediately checked and successfully updated the OpenLayers and Table Manager plugins. Unfortunately when I activated Google Hybrid, it appeared in the layer menu but refused to appear on the screen. The good news is that on my 64 bit i5 CPU home computer, Google Satellite activated with no hiccups and boy, this time, rendering is very fast! Someone(s) must obviously have been doing their homework right. I take my hat off to you, QGIS developers. The QGIS icon also disappears when I closed QGIS and recreate itself again upon manual recreation of icon but I expect this to be temporary issue. The bad news news is that my 32 bit office Intel® Core™2 Duo CPU E8400 @ 3.00GHz × 2 computer cannot seem to handle QGIS 2.4.0 when it concerns activating Google Maps be it Google Hybrid or even Google Satellite and will always crash. Rats! Since QGIS 2.4 is recognized as the development version and QGIS 2.2 is the stable Release version, I guess we'll have to wait for it to be fine-tuned.

The need to acquire free GIS data preferably in .shp format is probably in the mind of many GIS users because the majority of GIS users worldwide use .shp format. I did some web surfing and found DIVA-GIS to be a fruitful site and as you can see from above, I managed to download the administrative map of Malaysia...and there are other types too there.
Posted by badaveil at 12:00 am 39 comments:

OK, it's the weekend and I'm too lazy to do my home chores so I'm tinkering with QGIS :-D , reviving the steps I previously did a long time ago to download OpenStreetMap maps into QGIS as independent GIS feature layers (point, polylines and polygons), a cheapskate way (knowing me) to get GIS data. There is only 1 condition which I have yet to explore that is the OpenStreetMap had to be set to on-the-fly or else downloading of data could not be done. What does that imply? I leave that to you. As for me, I activated OpenStreetMap then went over to Kota Kinabalu just as a random pilot project site. Using OpenStreetMap plugin, I successfully ran the first module: Download data. Next, I successfully ran the second module: Import topology from XML. Thirdly, I successfully ran the third module: Export topology to SpatiaLite. Yes, it works! The only thing I could not pinch was the basemap Mmmmm :-(
Posted by badaveil at 12:00 am No comments: