* Evolutionary path to the best of both worlds 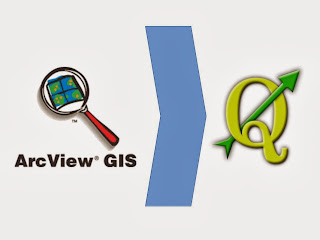 Evolutionary path to the best of both worlds


My first exposure to GIS many years ago was ArcView when I embarked on a Masters of Science course in GIS and Remote Sensing, something an Arts student would think twice unless he knew sooner or later he could not get away from GIS at work. I found this ESRI product presented itself in a logical and user-friendly way so I was not too worried. Thankfully I managed to get through even though I had to learn a bit of Avenue programming which was unavoidable as my thesis touched on the development of an expert system. Returning back to work, I ended up a manager where much GIS executive task was delegated and I lost touch with hands-on GIS. As time went by, I got fed up regularly maintaining my Windows computer against virus, malware, defragging and scandisk so I decided to tinker with the increasingly popular Ubuntu operating system. I was so impressed by Ubuntu that I eventually became a convert. As this hobby of mine took me deeper into Open Sourceland, I ventured into GIS territory and got attracted to a Q logo with an arrow in it, like a fall-in-love sign yet this time falling in love with a GIS. Since things are free in open source, what the heck, I gave it a try and I soon "fell-in-love" with Quantum GIS. The turning point came when I volunteered a management request to look into open source GIS as the Prime Minister's Department was promoting open source notably OpenOffice.org. About that time, the stable QGIS version was soon released. I found QGIS handles very much like ArcView so you can understand why I was immediately taken by it, no need to relearn the ropes! From my experience, I also knew modules are not cheap so it was double-joy to know that there was a variety of modules to pluck from the Internet, courtesy of the open source community. Testing QGIS here and there, I found that while it has a problem when large files are involved, it was stable and served its purpose well in the field of town planning. There are less ArcGIS users and more Mapinfo users at my department. After the QGIS training, the Mapinfo users said QGIS was indeed user-friendly. I  come to realize now why there have been many comments on the Internet stating QGIS is user-friendly. Yes, it's user-friendliness was what I liked about QGIS and I was quite happy to be a QGIS user, to me, it proved to be a good mapping tool as well as good for general analysis. But when more types of GIS task were given to me, I found QGIS to be limited in certain fields, particularly when I needed more control over the default input settings which my task required. It was then that I decided to venture into GRASS modules after noting that both are open source pals. The earlier training gave insight on how to establish mapsets and import GRASS modules which I always found confusing but now I must say it is much easier that I thought. There are over 400 GRASS modules to choose from and topology cleaning further attracted me to venture deeper into GRASS modules.  I admit I was a bit lazy of wanting to do the read-up and just plunge straight into the GRASS commands, so mine was a case of trial and error and of trying which tool is right for the job and which tool I should use next and so forth just to get the job done. All in all, I concluded QGIS shines as a slick and user-friendly GIS while GRASS modules represents itself as a powerful analytical brother so as a package, QGIS-GRASS is a force to be reckon with. Still, one should initially give QGIS modules a try and only switch over to GRASS modules when the QGIS equivalent does not deliver, if any. For example, Roma104 mentioned that the road graph plugin in QGIS is "ten steps shorter and less cryptic...".  QGIS and GRASS make very good partners and should solve many a GIS analytical problem since their modules are many and range from raster, vector, database and display just to name a few. As such, I am still researching on the many GRASS modules has to offer and will definitely not need all, merely, those that fit my specialization: town planning but a multi-disciplinary field nevertheless. Although I can prove that QGIS can be at par with proprietary GIS, there is still reluctance among locals unfamiliar with QGIS (people have heard of GIS but randomly asking if they have heard of QGIS maybe asking too much)to use a free GIS because of a common mindset that they must be inferior to proprietary GIS. All I can say is beggars should not be be choosers.
Posted by badaveil at 12:00 am