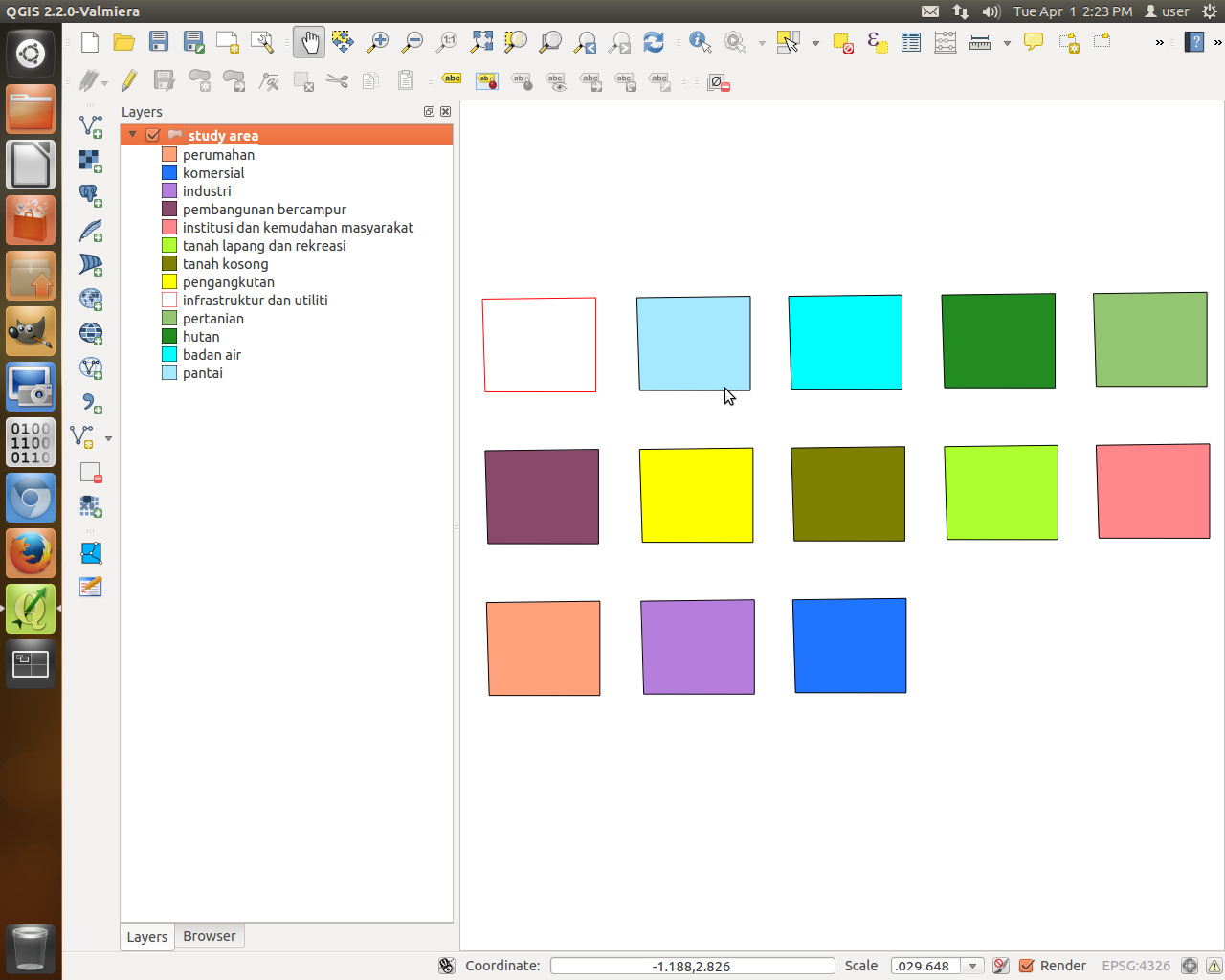 It's lunch time and I have nothing much to do so and since our integrated landuse information system will be adopting an improved landuse classification than the original version (this version has mix-development) that was developed out in 2008, I decided to make a new qml file. Like before, the RGB code per class was attached to the ID but this time, we have decided that all attributes will be written in lower case unlike the current uppercase-lowercase approach as we are confident that this will help reduce typo error and make SQL query more accurate.